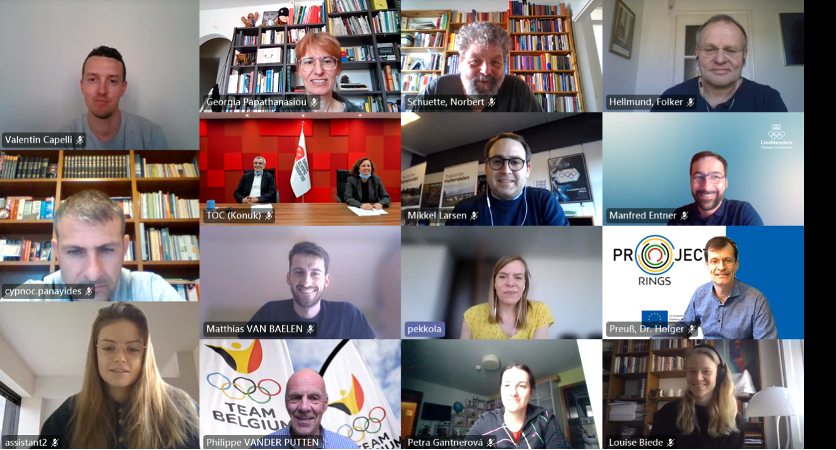 The RINGS project consortium had another online meeting on 30 March to replace a transnational meeting that was planned to take place in Rome, under the original project plan. Due to the pandemic, besides the kick-off meeting in February 2020, all meetings have so-far taken place online. As underlined by Folker Hellmund, Director of the EOC EU Office, the situation is far from ideal for an Erasmus+ project, as face-to-face discussions and meetings are an integral part of European projects. He assured the partners, however, that the EOC EU Office as project leader continues to do its utmost best to keep the RINGS project as interactive as possible and that the key outputs are in development despite the pandemic. He thanked all the partners for their commitment and continued contributions.

The March meeting included updates on the general state of play and timeline of the project. The project has been extended until the end of 2022, as opposed to the middle of 2022 that was originally planned. In addition, all key outputs, including the Handbook on Strategic Management of the NOCs, Public Affairs Guidelines and Stakeholder tool, were discussed.

Prof. Dr. Holger Preuss from the Gutenberg University of Mainz gave an update on the content of the Handbook and went through the chapters dealing with strategic management of NOCs from various angles. Partners welcomed the developments and raised some further comments on ideas to be addressed. This was followed by an update on the Public Affairs Guidelines. Mikkel Larsen, from the NOC and Sport Confederation of Denmark, presented the draft with ten elements of public affairs including concrete and hands-on advice. The Guidelines also addressed the topic of crisis communication. The presentation gave rise to a lively discussion and the project consortium agreed that the information provided would be helpful to improve the advocacy work of the NOCs.

Finally, RINGS Project Manager, Heidi Pekkola, presented the draft idea for the stakeholder tool to be created for the NOCs. The idea for the tool is for NOCs to visualise a personalised stakeholder map and be provided with a recommended list of actions regarding different stakeholder groups. Further development of the tool will continue over the summer, taking on board the comments of the partner consortium.

RINGS project, led by the EOC EU Office and co-funded by the Erasmus+ sport, is running from January 2020 until the end of December 2022. It focuses on the strategic management of the NOCs, including topics such as change management, work with stakeholders and public affairs, to develop the governance of the NOCs as well as to better equip them with concrete management tools. Altogether, 11 NOCs (Denmark, Slovakia, Lithuania, Turkey, Italy, Greece, Cyprus, Liechtenstein, Belgium, Bosnia Herzegovina and the Netherlands) and Johannes Gutenberg University of Mainz are partners of the project. 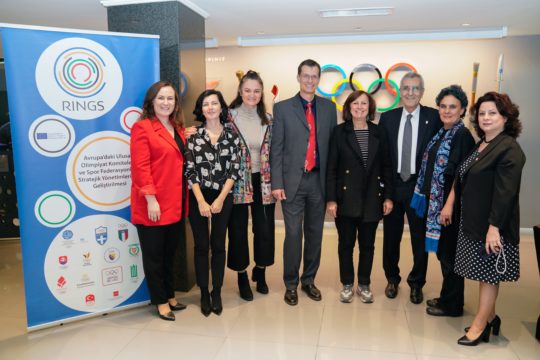 On 3 November, the Turkish Olympic Committee organised its national workshop on innovative governance of NOCs and grass roots sport organisations.   Nese Gundogan, Secretary General of the Olympic Committee, welcomed the audience with an introductory speech. Then, Eva... 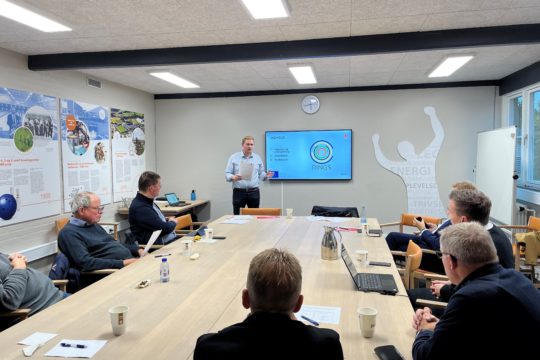 Another stage of the RINGS project took place on 13 October at the Fredericia Idrætscenter in Denmark, with the national workshop organised by the Danish National Olympic Committee and Sports Confederation (DIF).  Eva Krarup Hatt, DIF Public Affairs consultant... 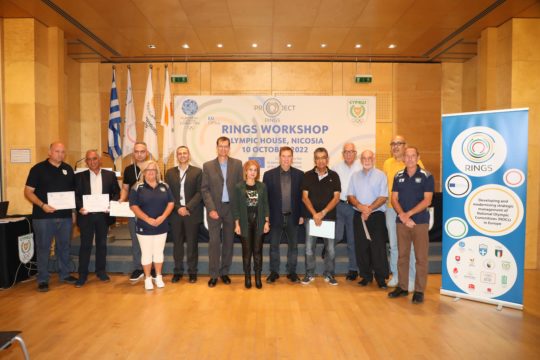 On 10 October, the national workshop organised by the Cyprus Olympic Committee took place in the headquarters of the NOC of Cyprus in Nicosia.   Heidi Pekkola, project manager of RINGS, started by presenting the project and its main...